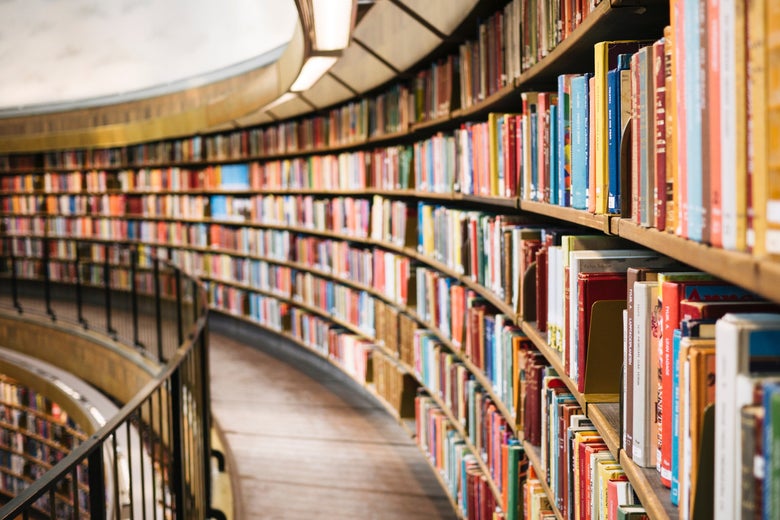 For many families and schools, e-books were a lifeline to keep kids reading during lockdown.
Total numbers of digital books borrowed from libraries hit 289 million in 2020—a 33 percent increase over 2019. That makes the feisty public library the main challenger to Amazon, which almost completely monopolizes private sales of e-books and sold 487,000 in 2020.

But there is a giant problem.

Many e-books have incredibly limited availability or are not available at all at public libraries, and library budgets are strained covering the escalating costs of e-book demand.

Publishers make the costs for e-books prohibitive for libraries. For example, before COVID hit, a typical deal at Macmillan was that public libraries had to pay $60 for any e-book and could lend it out only 52 times or for two years, whichever came first, after which they had to repurchase the e-book. Publishers temporarily lowered some prices and loosened rules on select titles during the pandemic, but the costs overall still severely limit the ability of libraries to offer many books. Some publishers, particularly Amazon, still refuse to let libraries get access to any of the e-books they publish, while publishers like Macmillan have withheld new releases from libraries

The reason publishers can charge higher price is because of a quirk in copyright law, called the “first sale doctrine.” Unlike with physical books, the courts have said libraries have no right to buy an e-book and then lend it to their members. Instead, publishers only “license” e-books and can deny that license to a library or condition the right to lend the e-book on paying that much higher price.

Some state legislators are outraged enough they have proposed legislation to force publishers to license e-books they are currently withholding from libraries, and Maryland enacted such a law this spring. But these will likely be challenged by publishers in court as preempted by federal copyright law.

For university libraries and their student patrons, the restrictions on electronic textbooks are even more severe. By one estimate, publishers refuse to license 85 percent of electronic versions of textbooks to university libraries, forcing students to either buy directly from the publisher or do without.  And according to a survey during the pandemic of 82 campuses conducted by US PIRG, a consumer group focused heavily on student concerns, 65 percent of students have skipped at least one textbook purchase because of the costs.

When an e-textbook is made available to universities, it’s often more than 10 times the retail price, and may come with additional conditions and subscriptions that drive the costs even higher. “You have to pay thousands for a package with a few eBooks you need and lots of things you don’t,” complains librarian Joanna Anderson, who co-authored a letter protesting these costs signed by 3,000 librarians, academics and students.

The complicated legal distinction between selling physical books and “licensing” e-books is one reason private attempts at subscription book services for monthly fees have mostly failed or had limited book availability. In the publishing trade, publishers have the right to sell books, but authors often retain the copyrights that would allow licensing to monthly subscription services and have their own demands for fair compensation, so deals for subscription services are often legally impossible or economically untenable. One version, Oyster, shut down a few years ago. Epic! Books has had modest success with a subscription service solely for a subset of kids’ books used mostly by schools. Scribd, the most successful surviving version, still lacks most popular books.

Amazon has created an end-run around this problem by creating an unlimited reading program for subscribers solely with authors who self-publish with Amazon itself and opt into the program. Estimates are that nearly 50 percent of paid e-books downloaded are now self-published, largely due to the popularity of Amazon’s Kindle Unlimited, making Amazon’s program the most successful model for a monthly unlimited reading service—but for only a limited subset of books.

What is clear is that private deals are unlikely to deliver any service that makes a wide range of e-books available to Americans, even aside from the issue of private services leaving out the families who could not afford an additional monthly fee.

So improving library access to e-books needs to be a priority.

Congress could fix the problem instantly by extending the first sale doctrine to allow school and public libraries to purchase e-books at regular retail prices and keep them in their collections permanently. At a stroke, this would triple to quadruple the number of e-books libraries could purchase with current budgets and, since the books would never expire, increase their e-book holdings by orders of magnitude over time.

The Congressional Research Service in an April 2020 review of the issue noted that Congress considered doing this back in 1998, the last time the federal copyright law was updated, but put off that decision until the market for e-books “has matured sufficiently and in a manner that would warrant further action.” Obviously, with nearly $2 billion in annual sales, e-books have reached that point.

At the same time, authors who often already struggle financially have reasonable fears that reducing library fees to publishers will further reduce their incomes. But instead of depending on strapped local library budgets to supply the income authors need to keep writing, Congress could, at the same time they restore the first sale doctrine, also institute a federal “Public Lending Right,” or PLR, a mechanism used by 35 nations around the world, including almost all of Europe, to offer authors payments for each book, physical or digital, borrowed from a public library.

In fact, the Authors Guild, which promoted a PLR in the U.S. decades ago, relaunched a campaign in 2019 to enact legislation to have the National Endowment for Humanities distribute payments to authors for each book borrowed from a library.  “PLR recognizes two fundamental principles,” then-Authors Guild President James Gleick wrote in 2019, “the need for society to provide free access to books, and the right of authors to be remunerated for their work.”

This combination—restoring the first sale doctrine for libraries and instituting a federal PRL system—would allow libraries to radically expand the availability of e-books online. And this would address a separate problem writers and publishers highlight, the rise of online piracy that the Authors Guild estimates may be eroding book sales by as much as 28 percent. A more robust public library system offering most books online would likely shift much of that pirated downloading back to libraries and ensure compensation for authors.

Similarly, a side benefit of a strengthened public library e-book lending system is a check on Amazon’s dominance of the private e-book sector that will limit any price hikes or other manipulations of the e-book sector by Amazon. And, as a bonus, this new system would make it possible for something like a Spotify for books to finally become a reality.

All of this would protect the incomes of writers while restoring libraries to their long-time role providing the widest range of books for all our communities in the new digital age.

Can you dream of the passion for your lifetime? Maybe you need people to merely go out and spend some time collectively. Perchance you need you to definitely satisfy several times weekly. Or you are missing a bright place and …