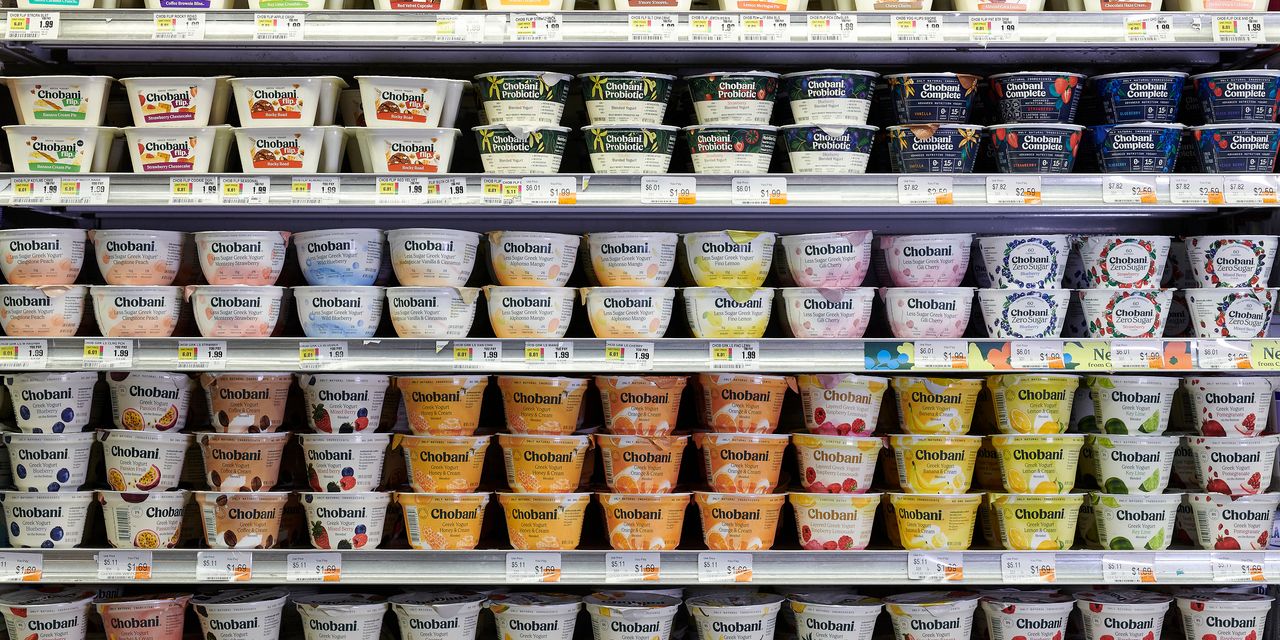 
The market for new stocks boomed in 2021. More initial public offerings raised more money this year than ever before, or at least since Dealogic started keeping records in 1995.

“It was a stampede,” says Max Wolff, managing partner of Leste Clearway Capital, which provides venture debt financing for start-ups. “Companies went public this year that no one thought would ever go public.”

Yet it was a boom that also fizzled. Only 41.1% of new U.S. stocks are trading above their offer price as of Dec. 7, Renaissance Capital says.

All this means that while the IPO market is likely to be just as busy next year, big institutional investors are becoming more cautious about high-growth start-ups and may be more discerning about where they put their money. This could result in better deals on newly public companies for retail investors in 2022.

Among the companies expected to go public next year are Chobani, the yogurt maker (possibly as soon as January, say people familiar with the offering); Chime, a digital bank; Instacart, the grocery-delivery upstart; Houzz, a home-remodeling platform; Reddit, the social-media platform that’s home to WallStreetBets and other forums; Databricks, an AI software start-up; and chat service Discord.

The biggest one on the horizon is Stripe, the payments processor, which is widely expected to go public next year. Valued at $95 billion in its last fund-raising round, Stripe would be the biggest U.S. company to go public since

One thing not to expect in 2022: Chinese technology IPOs, which delivered some of the most rousing debuts of 2021.

(RAAS) rose 200% in February. But pressure from regulators in both Washington and Beijing and the planned delisting of shares of

(DIDI) from the New York Stock Exchange, just months after its debut in June, mean that Chinese tech companies are more likely to list in Hong Kong or Shanghai than in the U.S. Still, many bankers say they don’t expect their absence to have a significant impact on the U.S. IPO market.

As of Dec. 7, 954 companies listed their shares in the U.S. this year, collecting $301 billion, Dealogic says. This is more than double the 399 companies that raised $146 billion for the same period a year earlier. This year’s pace surpassed the high-water mark for IPOs, set at the dawning of the dot-com boom in 1996, when 848 companies in 1996 secured $79 billion. Still, there are differences.

“The go-go internet days of the late 1990s had many more small and sub-$100 million IPOs, and today we have many more IPOs greater than $1 billion,” says Andrew Wetenhall, co-head of equity capital markets for the Americas at Morgan Stanley.

And 60% of this year’s IPOs were special-purpose acquisition companies, or SPACs. This means there were just 383 traditional IPOs, valued at $148 billion, still a record.

IPOs started the year with a bang.

“We were coming out of a very dark winter and the tide was turning with the vaccine rollout starting to happen,” says Eddie Molloy, co-head of equity capital markets for the Americas at Morgan Stanley. “The SPAC market was on fire and retail was enthusiastically buying.”

Much of that euphoria has evaporated as some big names have slumped. Shares of

(SG), the restaurant chain known for its salads, have fallen 40% since first trading in November, while those of

(BIRD), the maker of footwear beloved in Silicon Valley, are off 47% since their debut that month.

A morning briefing on what you need to know in the day ahead, including exclusive commentary from Barron’s and MarketWatch writers.

Of the 27 companies that raised more than $1 billion going public this year, 15 are now trading below their IPO prices, Dealogic says. The


Renaissance IPO
exchange-traded fund (IPO), which tracks companies for three years after going public, is down 26% from its high in February.

“Returns from IPOs as an asset class are significantly lower than they were last year or in the first quarter,” says Daniel Burton-Morgan, head of Americas equity capital markets syndicate at Bank of America.

That may present an opportunity for retail investors who do their homework and can take on some risk.

“The market is much more risk averse,” says Mark Hawtin, an investment director at GAM Investments, a European-based asset manager that invests in IPOs. “Businesses that are not going to be profitable for a bit are going to be discounted.” Retail investors may be able to pick up stocks of recently public companies “much more cheaply than they have been able to buy in the recent past,” he says. b

Write to Luisa Beltran at luisa.beltran@dowjones.com