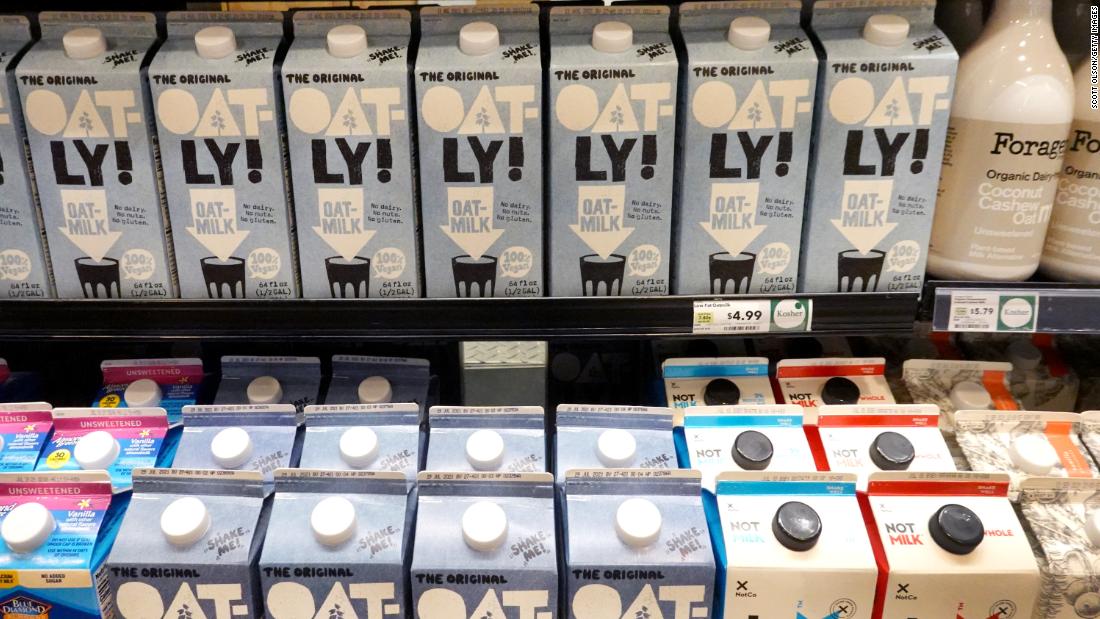 But after that, the sheen often came off. Of US IPOs that raised more than $1 billion in 2021, 20 are trading below their IPO price, while just 16 are performing above it, according to data from Dealogic provided to Before the Bell this week.

“After that first day jump, on average this year IPOs have underperformed the market,” Jay Ritter, a University of Florida professor who studies IPOs, told me.

See here: As of Tuesday’s close, Bumble was trading 22% below its IPO price. Oatly was 54% lower.

The Renaissance IPO exchange-traded fund, which tracks newly-listed companies in the United States, is down 11% year-to-date. The S&P 500 has leaped 27% over the same period.

What gives? Ritter thinks the discrepancy has a lot to do with sky-high expectations on Wall Street.

“I would attribute that mainly to the high valuations that a lot of these companies started out at,” he said. “When you’re starting out at a really high price-to-sales ratio, a company really has to execute in order not to disappoint investors.”

When Oatly went public, it was valued at $10 billion even though it was not yet profitable. Bumble, also loss-making, netted a valuation of more than $7 billion.

This in itself is not unusual, Ritter said. The “vast majority of the companies going public have negative profits,” he noted.

Traders bet on firms becoming the next Amazon (AMZN), which warned of “substantial operating losses for the foreseeable future” when it went public in 1997. The internet giant now posts billions of dollars in profit each quarter.

But as the specter of interest rate hikes in 2022 looms, investors are reassessing their commitment to riskier assets — causing them to rethink some earlier IPO buys.

Not everyone is taking a hit. Shares of electric carmaker Rivian, which only started producing and delivering vehicles in September, are up 32% from their listing price, for example. The company is now worth almost $93 billion — more than Ford (F) and General Motors (GM).

Chipmaker GlobalFoundries, which went public in October, is 39% higher.

Looking ahead: The weak performance of many IPOs over time is unlikely to dent demand for new listings in 2022, according to Aloke Gupte, JPMorgan’s co-head of equity capital markets for Europe, the Middle East and Africa.

“I don’t see anything structurally different in 2022,” Gupte told me.

He said that even if stock markets pull back, companies will still be eager to raise funding to keep growing, and those that have a strong pitch on themes like digitization will succeed in raising plenty of capital.

“Liquidity is still going to be awash,” he said.

Bottom line: US companies raised $118 billion in 2021, the most ever, per data collected by University of Florida’s Ritter. Investors may be more selective about which companies they back next year as rates rise, Gupte said. But the pullbacks seen in 2021 aren’t likely to scare them off.

Omicron is messing with the economic recovery

The disruption is different this time, though. Vaccines and boosters are widely available, symptoms from Omicron appear to be milder than with prior variants, and government officials are vowing not to mandate a shutdown of the economy.

Yet the staggering speed with which Omicron is spreading — and the shortage of available tests — is nonetheless causing serious problems for Covid-weary families and businesses.

“This is definitely a setback for the recovery,” said Kathryn Wylde, president and CEO of the Partnership for New York City, an influential business group.

With Covid cases spiking, many companies have told office workers to stay home, dashing hopes among bosses and local businesses to have employees back in person this January.

“Everything is up in the air again,” said Wylde, who blamed a combination of Omicron and confusion over New York City’s vaccine mandate for private sector workers. “The longer this goes on, the harder it will be to get people back in the office.”

The chaos is most glaring at airports. Another 3,000 flights were canceled around the world on Tuesday, and an additional 2,000 have been slashed so far today. The problems are driven in part by a spike in cases among crew members that’s putting further strain on a labor shortage in the industry.

In a bid to ease pressure on the economy, the US Centers for Disease Control and Prevention on Monday shortened the recommended times that people should isolate after testing positive for Covid-19 if they don’t have symptoms. But angst is growing.

“The whole world is weary of this thing. It’s leading to international frustration with governments that haven’t been able to control it,” said David Kelly, chief global strategist at JPMorgan Funds. “This is a virus that is smarter than our political systems.”

$4 gas could hit the United States by Memorial Day

Pain at the pump could get worse before it gets better.

That’s according to a new GasBuddy forecast that predicts the national average will rise to $3.41 a gallon in 2022, up from $3.02 a gallon this year.

Such a move would reverse some of the recent relief American drivers have received as gas prices have backed away from seven-year highs.

Looking ahead: The GasBuddy forecast projects prices at the pump will peak nationally at a monthly average of $3.79 in May.

“We could see a national average that flirts with, or in a worst-case scenario, potentially exceeds $4 a gallon,” said Patrick De Haan, head of petroleum analysis at GasBuddy, an app that tracks fuel prices, demand and outages.

That would amplify the inflationary pressures hitting American families grappling with the biggest price spikes in nearly 40 years. And it would add to the White House’s political headaches, running counter to government forecasts.

The US Energy Information Administration said earlier this month that it expects the national average will likely drop to $3.01 a gallon in January and fall to $2.88 for 2022.

Pending US home sales for November arrive at 10 a.m. ET. The latest data on US crude inventories follows at 10:30 a.m. ET.