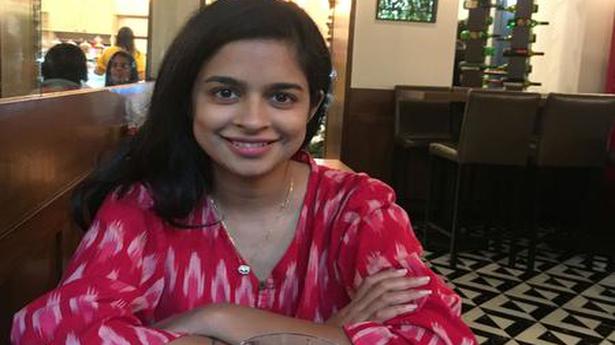 Imagine there’s an idea germinating in your head, and it demands a prominent place on bookshelves, complete with a pretty cover and reviews in the papers. How do you get it there? Whom do you approach and how? Or, how do you get into editing as a career? What’s involved in commissioning, editing, designing, marketing and printing a book?

A new report titled ‘Demystifying Indian Publishing’, freely available on the web, sheds light on the often opaque publishing industry, with an overview of some of these basics, while also answering questions like what kind of books are successful in the market, and how the pandemic has impacted the industry.

(Stay up to date on new book releases, reviews, and more with The Hindu On Books newsletter. Subscribe here.)

The research was conducted as part of a project by Bound, a Mumbai-based company founded in 2018, which works with authors and provides services including mentorship and editing. The team consists entirely of young women, including editor and founder Tara Khandelwal, managing editor Michelle D’Costa, and head of content Aishwarya Javalgekar.

Khandelwal, 30, an alumna of Columbia University’s publishing course, has worked at companies including Penguin and HarperCollins. While doing internships, she realised that there was “very little support or infrastructure” to help budding writers, she says over a Zoom call. “And that’s where the idea of Bound began. We started off with a writers’ retreat in Goa, and that went really well. We got established authors to come in and mentor the writers-to-be. Then we expanded to online classes — on screenwriting, poetry, fiction and graphic novels. And we were really interested in podcasts, so we decided to start our own author interview podcast.”

The podcast titled Books and Beyond has featured authors such as Manu S. Pillai, Arshia Sattar and Avni Doshi. It’s hosted by Khandelwal and D’Costa, a 29-year-old writer and editor from Mumbai who founded literary magazine Kaani in 2018, and formerly edited fiction for Jaggery, a South Asian literary journal based in Chicago. Speaking of Bound’s research, she says, “We wanted to let people know that there is a chance of looking at publishing, editing, writing as a career.”

The chats in Books and Beyond were the source of several insights in the report. So was another podcast, The Book People, a recently concluded 13-episode series hosted by Javalgekar. This featured industry analysis by publishing professionals such as commissioning editors and publicists. Busting preconceptions, it highlighted aspects such as what publishers look for in a manuscript and possible career paths in the industry. You certainly don’t need a literature degree for it, for instance.

Javalgekar, 26, incidentally does have a master’s in English, as well as a certificate in book publishing. She’s a poet and researcher and also runs a feminist zine, ang(st). She saw a chance to expand her own knowledge as well as to inform others through the podcast — and do it all in an unpretentious way. “A lot of these literary conversations in India, at literature festivals and such, can sometimes be ‘literary’, for lack of a better word,” she says. “Intimidating,” offers D’Costa.

What’s been their experience as women in publishing? “Honestly speaking, most of the publishing houses in India are dominated by women today. We’ve always had great experiences in this industry,” says Khandelwal. D’Costa compares it to her former career in HR with a construction company, which was “just men, all over”. “Coming here to Bound, I felt so nice and welcome, because it feels so natural. Women are passionate about stories and they’ve managed to get jobs in the publishing industry, which is great.” Javalgekar emphasises that there are barriers to access, but they’re not necessarily about gender — “You have to have a very good education, very strong English language skills. You need to have a certain background even to try to get into publishing.”

The research for the report also made use of an online survey of Bound’s community of writers and readers, various conversations with authors, and secondary sources like news reports and market surveys by Nielsen — including one published in 2020 on the impact of COVID-19 on the Indian book consumer.

Some key takeaways include a rising trend in book-to-screen deals; a rise in ebook sales early in the pandemic that later declined, with readers citing screen fatigue and returning to print; a fast-blooming audiobook industry; bookstores being forced to adapt to the digital environment; and a digital-first emphasis in marketing, which acknowledges phenomena like Bookstagram.

But one finding surprised the team: many people still rely on traditional book reviews in newspapers.