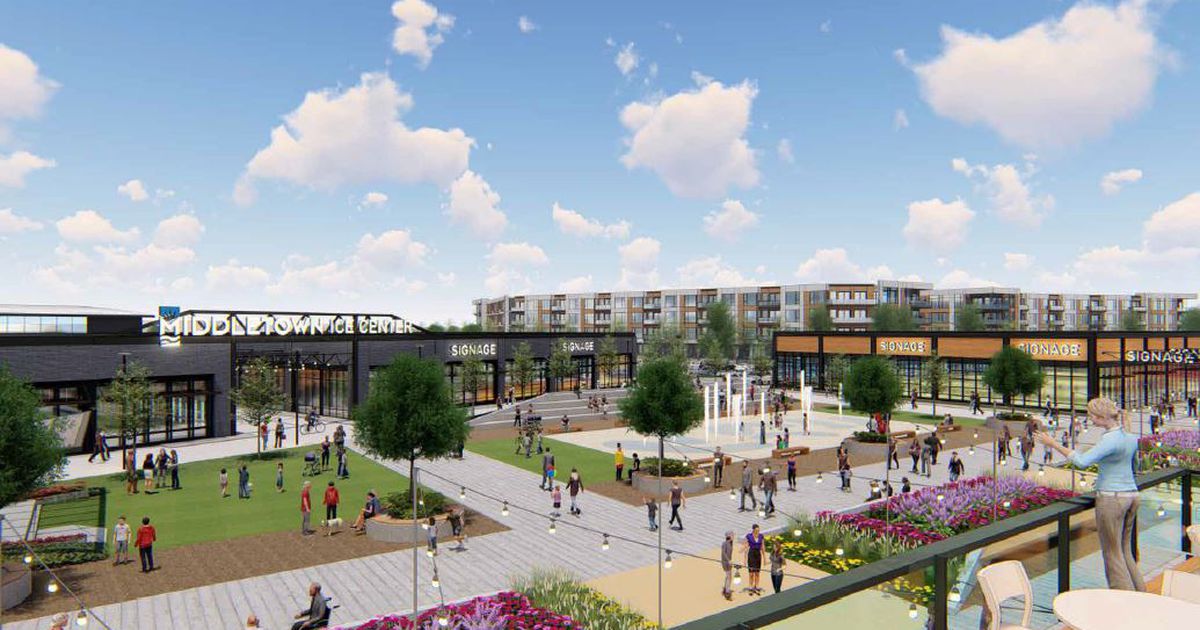 The city is in process of paving one-third of its streets, totaling more than $51 million after state funds and routine paving.

The city is paving more than 200 lanes miles of the worst streets that will continue during the 2022 paving season, said Scott Tadych, public works director. The project is being funded by a 1/4 of 1%, 10-year income tax levy Middletown voters overwhelming approved in November 2020.

Bonds have been issued and $31.3 million has been deposited in a dedicated Street Levy Fund for exclusive use on street paving, Palenick said.

The project will reconstruct a 1/2-mile stretch of Central Avenue between University Boulevard to Verity Parkway. Construction is scheduled to begin in March 2022 and be completed, weather permitting, in December 2022, according to Tadych.

It will upgrade aging infrastructure that is in poor condition by replacing pavement, curb, sidewalk, water main and services, and street lighting. The project will also include rehabilitating the existing combined sewer, traffic calming, technology infrastructure, and other functional streetscape amenities consistent with the city’s downtown Master Plan.

The owners of the Towne Mall Galleria, located at Exit 32 off I-75, signed a contract with a major electric go-kart company to bring indoor racing to the complex.

Start-up costs range from $1.8 million to $3 million and potential annual revenue is between $2 million to $4 million, according to K1 Speed’s web site. It’s unclear when K1 Speed will open.

“We believe in it,” Ragheb said of the mall property. “In five years, it will be totally different.”

Palenick estimated the redevelopment of the mall property at $100 million and once completed will rival Liberty Center in Liberty Twp. and Austin Landing in Miami Twp.

“One of the most active, vibrant destinations” in the region is how Palenick described the project. “Good things are happening. It’s just coming together.”

Earlier this year at a City Council meeting, representatives from RINKA, a Milwaukee-based company hired by the city, talked about what the mall could become and how it could serve the needs of thousands of visitors within the region.

At the time, Palenick said the next step would be to find developers who could build the housing and indoor recreation/entertainment sections of the project. He envisions 200 to 300 apartments, a hockey rink that would attract youth tournaments and complement Spooky Nook in Hamilton.

The Planning Commission voted at its December meeting to table the Comprehensive Plan for two months pending additional public outreach. The commission will review the plan at its regular meeting on Feb. 9, 2022. The commission’s recommendation will be forwarded to Middletown City Council for final review and decision, according to Combs.

Once the plan has been approved, Combs said it’s important that the city take the information and “push it forward so it doesn’t sit on the shelf.”

Middletown voters will decide whether to fund the building of four fire stations on May 3, 2022.

City Council approved placing a 1-mill property tax levy that would generate $16.8 million and be used to build four fire stations. The $16.8 million is the cost of designing, furnishing, and constructing the four facilities that would replace the “inadequate and obsolete” existing stations, Palenick said.

The levy would replace the previously-enacted 1-mill levy established to fund debt service for the Central Connections Senior Center that is expiring this year, the city manager said.

By next spring, Little League umpires around Middletown should be yelling, “Play ball!”

Middie Way Baseball, a grass-roots organization that held four free fundamental camps this year, will play its first season as part of the Little League organization, said Lamar Ferrell, pastor at Berachah Church and one of the organizers.

The baseball league will be open to children in kindergarten through fifth grade and play its games at diamonds throughout the city, Ferrell said.

Being accepted to play in Little League was another important step for the organization to reach its next goal, Ferrell said.

“It’s the recognizable league,” he said. “Little League is a huge win for us.”

Monroe will continue working on upgrading Monroe Bicentennial Commons Park and the city’s infrastructure, said council member Christina McElfresh. She said council will hold a retreat in February to map out the city’s priorities in 2022.

Ultimately, she said, Bicentennial Commons Park will be “a destination, a gathering point” for the community. She said events will be held there and it will be open for daily use.

There has been some sticker-shock related to the project as the cost of renovating the former Americana Amusement Park continues to rise.

Monroe City Council earlier this year approved spending $141,000 more for expenses related to the first two phases of the park.

The estimated $15 million project that may take 10 to 15 years to complete will change the former Americana Amusement Park on Ohio 4 into a multi-purpose community park, Monroe city leaders said.

Officials will continue designing a roundabout in Madison Twp. at one of the most dangerous intersections in the county.

Earlier this year, the Ohio Department of Transportation announced it awarded $2.3 million for the construction of a single-lane roundabout at Ohio 122 and Elk Creek Road. The project, still in the design phase, is slated to begin in 2024 and tentatively be completed by the fall of 2025, according to ODOT officials.

First-year Ohio Rep. Thomas Hall, R-Madison Twp., was a key player in getting this roundabout project funded, according to a release from ODOT. Hall’s father, Kent, is the township’s fire chief, and his mother, Teresa, runs part-time with the township life squad.

Hall said he has gone on medic calls with his parents and witnessed too many serious accidents at that intersection, including in July 2020 when two Middletown women were killed there.

“These are not fender-benders or small accidents,” said Hall, a former township trustee. “These are high impact crashes. After the double fatal in July, I said, ‘Enough is enough.’” I knew that if we didn’t act this would keep happening.”

There were 28 crashes at the intersection between 2015 and 2020, according to safety studies. ODOT has implemented oversized stop signs, rumble strips, LED flashing warning signs, and a lower speed limit at this location. Roundabouts have shown to achieve a 44 percent reduction in crashes, according to ODOT.

The project will be designed in-house, and the construction cost is estimated at $2.1 million, according to ODT. The remaining funds, approximately $200,000, will be for right of way acquisition and utility relocations.

9 Retail Banking Reflections and Keys to Success for 2022