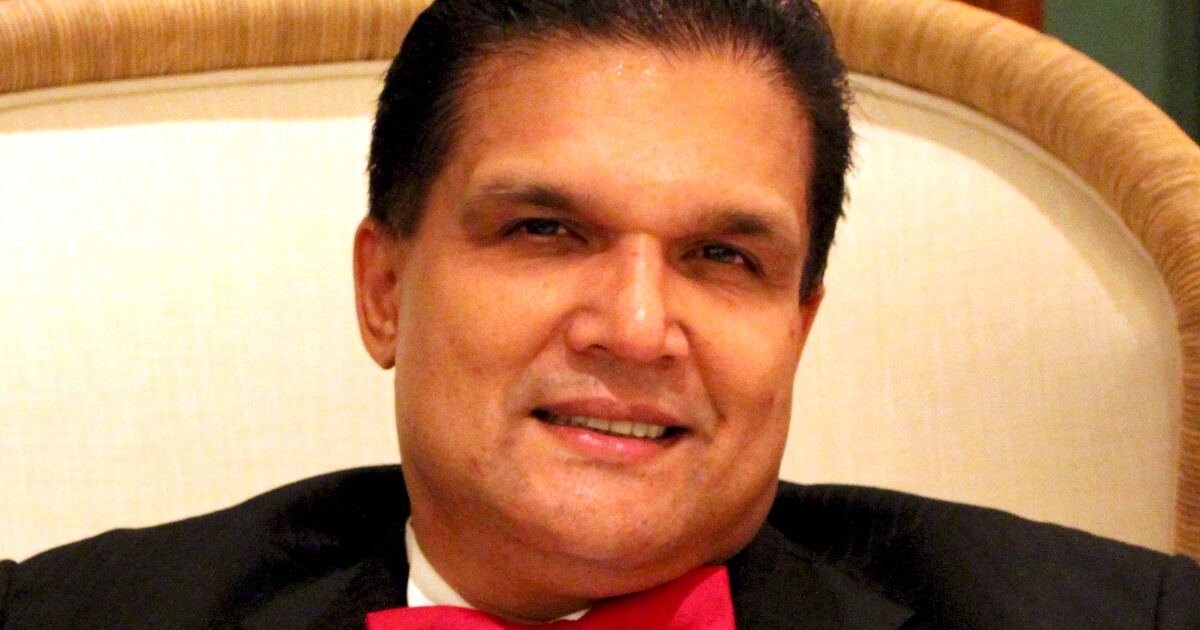 Two podcast companies have lost a First Amendment battle that spun out of the massive Navy bribery scandal, with a San Diego federal judge this week ordering the producers to turn over hours of unaired interviews with the figure at the center of the case known as “Fat Leonard.”

In a ruling issued Tuesday afternoon, U.S. District Court Judge Janis Sammartino denied a motion by Project Brazen and Audiation to quash a subpoena that was issued for the journalistic materials a month ago, a day after the “Fat Leonard” podcast released its ninth and final episode.

The subpoena was issued by an attorney defending former Navy Capt. James Dolan, one of six naval officers set to go to trial on criminal bribery charges in February. It will be the first trial since the investigation became public in 2013. One of its star witnesses for the government is expected to be the military contractor who masterminded the scheme, Leonard Glenn Francis, a larger-than-life character nicknamed for his towering size.

Francis, who ran a company that serviced visiting Navy ships in ports across Southeast Asia, plied a rotating cast of service members with expensive meals, posh hotel stays and the services of prostitutes in exchange for proprietary information about ship movements and contracts. As his allies in the Navy’s Seventh Fleet steered business to Francis, he overcharged for services by at least $35 million.

But rather than keeping his side of the story to testimony from the witness stand, Francis agreed to a tell-all podcast with former Wall Street Journal reporter Tom Wright.

The content of those interviews will almost certainly be included in the upcoming trial.

The judge, in her ruling upholding the subpoena, said the naval officers’ Fifth and Sixth Amendment rights to due process and confrontation “are paramount” and overshadow the podcast producers’ First Amendment rights to protect their sources and unpublished materials.

“Francis’ believability as a witness will be a crucial determination for the jury as he is the orchestrator and alleged briber of each of the defendants and was closely connected with all of the activities charged in the indictment,” Sammartino wrote.

The attorney for the podcast companies did not respond to a request for comment.

David Snyder, executive director of the First Amendment Coalition, said criminal defendants have their own constitutional rights that can bump up against the rights journalists have. And that journalistic First Amendment right is “qualified,” meaning there are circumstances where a judge may conclude it is outweighed by other interests. But such situations are unusual, and rightly so, he added.

“Why it’s problematic when a journalist is required to reveal confidential sources and notes: it is of crucial importance that journalists do not become an investigative arm of the state, or of individual parties in a lawsuit,” said Snyder, a lawyer and former journalist. “Their mission is to inform the public, and to do so they must be able to protect their sources and notes — to not divulge them for the benefit of litigants.”

The podcast was quietly recorded over a podcasting app, with Wright in Singapore and Francis under house arrest at an undisclosed location in San Diego, where he has been allowed to remain out of custody on medical furlough to treat cancer.

The subpoena was issued originally to Audiation, a New York-based company that was hired to produce the podcast and shop it for distribution and marketing. Project Brazen, a content studio co-founded by Wright, intervened as the podcast’s creator to fight the subpoena. Project Brazen alone likely wouldn’t have been subject to the subpoena’s jurisdiction since it is based overseas.

The defense attorneys are primarily looking at the unaired recordings for impeachment purposes — ways to attack the credibility of Francis as a witness for the prosecution. Francis pleaded guilty in 2015 and is still awaiting sentencing.

In their joint motion defending the subpoena, Dolan’s defense attorney Todd Burns and lawyers for the other co-defendants point to a standard journalistic practice of editing raw interview material and summarizing and paraphrasing portions for the final presentation.

“Francis’s interviews are cut-up and excerpted, the Defendants cannot assess the overall context to be sure they correctly understand what Francis said,” they argue.

Specifically, the lawyers hoped the unedited recordings would give more insight into some of the more controversial statements Francis made in the podcast, including comments suggesting he received preferred treatment by the government for his cooperation.

The attorneys reference statements that Francis’ defense attorney made recently to the Union-Tribune that deny such claims and refer to the podcast as a “hit piece” that “lacks objectivity.”

“This foreshadows Mr. Francis’s likely claim during his cross-examination that the podcast took his remarks out of context, or blatantly misstated what he told Wright,” the defense attorneys argue. “The only way to get to the truth is to hear the complete recordings.”

The lawyer for the podcast companies, Diana Palacios, argued that the attorneys hadn’t exhausted their options of learning what’s in the unaired recordings and should ask Francis himself. The material should also not be found to be highly relevant to the trial because the naval officer who issued the subpoena, Dolan, isn’t mentioned specifically in the podcast, she said.

Plus, “the desire to fish for possible impeachment evidence repeatedly has been found inadequate to overcome the First Amendment qualified privilege,” Palacios wrote.

The judge disagreed: “Given Francis’ central role as a cooperating witness in this case, the Court finds that the evidence sought by Defendants is clearly relevant to an important issue in this case.”

Sammartino has given the podcast companies one week to comply with the subpoena. It was unknown if the media organizations would appeal the decision.